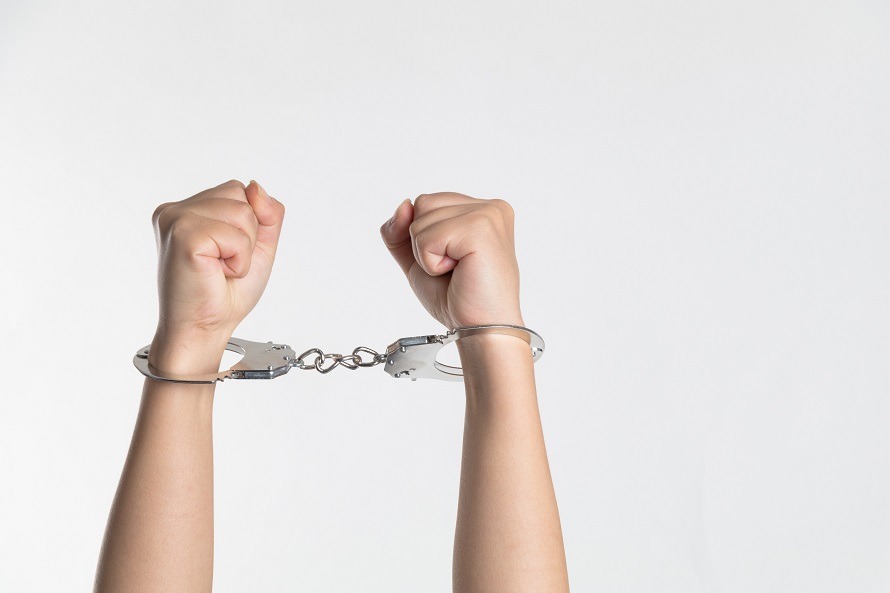 It’s been a rough week.

Before I start: if you want to support sex workers in the era of FOSTA, a great way to help is to make a donation for legal services here. Donate today and receive a gift from me.

Last week, I moved into my new home. This is the first home I’ve ever owned. Most of y’all know my story, but in case you don’t, here’s the TL;DR version:

I ain’t never had shit. My dad died when I was a kid. My family lost everything from happiness to a paycheck. Everything you see me enjoy now–the beautiful new home, the trips around the world–I forged myself, and it won’t easy. Ask anybody else with a PhD in English how their professional career is going. Ask other strippers how fraught it is to build something beyond stripping when you’ve been in the game your whole life with a seemingly blank resume. Both of these paths are largely considered “dead end”–and whether that’s true for everyone or not, fact is, it was true for me. I couldn’t settle for the life academia was offering. Nor could I continue–bodily, physically, or psychically–in the life stripping was offering. And so, I drew up all my resourcefulness and took the biggest risk of my life, left the academy and even left stripping to devote all of my energy into the creation of Lux ATL and this business I now own.

No one believed in me on this venture. Literally no one. At best, those who loved me “allowed” me go ahead with this wild idea with minimal complaints. However, no one, and I mean no one, believed I could ever make this Lux ATL thing work.

But I did. I did make it work. I made it work so well that I was able to buy a house for the first time in my 36 years of life.

This home–had been for a decade my greatest goal, a symbol that I had at last made it. And when I say “made it,” I don’t mean “got filthy rich,” I mean “am able to afford a modest one story home in a decent neighborhood.”

That same day, I had also managed to sell out Stripcabana 2019 in 24 hours. Also happy. That’s my salary, right there, my assurance that I can pay this mortgage and feed my kid. I’m not your average bear with a reliable paycheck. Just like when I was stripping, every dollar I earn has to be personally hustled, gig by gig. So when I sell out a retreat, I always breathe a sigh of relief: it’s okay. I’ll get paid for at least one more year. I’ve got one more year before I have to worry about losing everything.

You see, when you haven’t ever had shit and when you’ve also lost major shit before you even graduated high school, you live your life in fear of your own success, in fear of it falling apart.

But as I moved new furniture into that new home, I couldn’t help but think: Fuckin’-A, life is good.

“Lux ATL is a garbage human being.”

“Get out of our community.”

These are all direct quotes.

Some of y’all certainly read them yourself as you wrung your hands and wondered whether you “should” join in on the online crucifixion of me, or if you “should” stick up for me. Most folks choose option three, “just watch.”

They say don’t read the comments, but how can you not read the comments when they won’t stop popping up in little red hearts at the bottom of your screen to tell you what a piece of shit you are? How can keep yourself from internalizing that? Maybe I am a garbage human being? Maybe I do deserve to choke and die? This is the shit I actually think these days before friends talk me off the ledge, again and again (I’m looking at you, Lauren. Deiah. Amanda. Jacqueline. Thank you).

Maybe I am a garbage human.

But I definitely don’t “want all sex workers dead.” How in the world was that a fair accusation? Especially with my track record?

What had I done wrong?

I had failed to post about FOSTA, a bill that nominally protects against sex trafficking but arguably places sex workers in greater danger, and also threatens free speech online. This is an issue worth talking about, for sure. However, I had failed to talk about it. And now dozens of sex workers were commenting on my Instagram to let me know what a fucking failure I was.

Firstly, let me apologize to anyone who felt let down by my failure to post.

Secondly, allow me to urge you to consider that I’m an actual human being, like you.

I failed to post about FOSTA because I was ignorant about the bill. I was ignorant about the bill for a number of reasons. First, I have been purposefully avoiding social media in order to regain some peace of mind–those of you who follow me already know this. I was also trying to actually be present for the unfolding of my long-term goal of buying a home. I had also been hosting 40+ women in the jungle for half the month. Incidentally, I was also devoting untold hours and dollars to working on The Take, the social network I’m building for women. My failure to post about FOSTA was not a “stance,” but rather, a reflection of my priorities being elsewhere than social media. I had pledged to only post what I needed to post to keep my business running and otherwise stay the fuck off the phone. Social media and the devolution of human decency had started to drain me instead of inspire me. In fact, my desire to create a more humane world online is one of the primary motivators in my creation of The Take.

In turn, I failed my constituency by allowing myself to remain ignorant and thus not post on a bill that was important to a population of my followers. It could be said that during the past few years of building my business, I’ve lost touch with the world of sex work. I’m sorry if I failed you. I want to do right by the women who look up to me.

You may notice I use the word “constituency.” You may also notice that I wasn’t actually elected to any political office. Nonetheless, apparently folks feel owed certain things from me. In my defense, I have literally never visited another person’s page to give them a litany of the ways they are problematic, but that doesn’t stop anyone from doing so to me.

I would ask you to imagine the following scenario:

Imagine that not only every single word you say, but moreover the things you do not say, are being closely watched by folks hungry to find fault. Imagine that you wake up one morning to discover dozens of strangers telling you you’re awful. Imagine the expectations of a variety of populations resting on your action (or lack of action) to fall exactly in line with the action they deem correct. Imagine that Population A thinks X is correct and Population B thinks Y is correct and either way, you’re fucked. Imagine your every move being judged, and when judged to be lacking, strangers arrive to point out not merely the ways you’ve failed, but moreover the ways you are fundamentally a piece of shit.

It’s like someone walking into your home and slapping you in the face.

In the old days, it was the meninists and MRAs coming for me.

Now, it’s my own people.

I knew my time was coming on the social media chopping block by mere virtue of my visibility. I’d seen the change in our culture of activism. I’d spoken about this change privately with friends. We’re all afraid to utter our feelings publicly, for fear of being the next motherfucker cancelled by bloodthirsty “crusaders” looking for a flag under which they can abuse folks online.

Did you know it’s totally acceptable to tell a stranger point-blank that they are a “bad person” and that they should “kill themselves” as long as you’re doing it under the flag of social justice?

Do you know you can tell a lifelong sex worker that she is “selfish and exploitative” because at last she has achieved #goals after long toil and great risk, and you can do so under the flag of “honoring sex workers?” Did you know you can steal the joy from a longterm sex-working sister despite the real-ass life she has lived, produced art about, came out of the closet about long before it was hip–because she failed to make a post during a consuming time in her personal life? Did you know that failing to make a post is apparently more morally depraved than organizing a smear campaign against another woman during a joyful and incredibly busy time in her life, a time in which we forgive normal folks for not being as present on FB?

Folks, this shit has to stop.

In my case, the anti-Lux brigade was lead by one woman who has hate-followed me for a year and never ceases to find fault with me, but that’s neither here nor there, other than it is a microcosm of the macrocosm of toxic activism I’m addressing here today.

Fact is, much of this aggressive online “education” of “literal garbage” folks like myself has nothing to do with actual social justice.

So let me say it for you.

I see you, hiding your internalized misogyny beneath your flag of “social justice,” tearing into other women with personal attacks when we’re supposed to be talking about politics. I see you, seething with hateration, watching to see me stumble, delighted to find a fault to publicize. I see you, alienating folks that agree with you on all fundamental issues over the nuance of word choice, turning our friends into our enemies and our enemies into victors. I saw y’all, by the way, divide the party and give the election to Trump. That was y’all. I see y’all take down actual lifelong soldiers and heroes because they didn’t answer an interview question to the proper orthodoxy of your current language. I see you, oh Tumblr-educated-feminist, strike such fear of “cancellation” into the hearts of real-deal activists that they’re afraid to speak on any important issue lest the wolves beset them. I see you attempt to social-climb by performing wokeness. I see you dick-sling your ego under the veil of political advocacy. I see you calling other folks racist when you ain’t got a single person of color in your actual life. Talk is cheap. Let’s see what them actions do.

I’ve been there. I’ve done that. I myself have participated in this circus.

But I’m done with toxic activism, and I hope you will be too.

Instead, let’s do what we can to create change from a place of humility and goodwill.

If you’re into that–read on.

Now, back to FOSTA–

To each of the roughly 4,000 people receiving this email, I strongly encourage you to donate even the minimum amount of $10 to Red Light Legal to help fund legal services to an underserved population. It only takes five minutes. Donate within 24 hours of receiving this email and receive a gift from me! Hit reply with a screenshot of your receipt and I will reward you for your trouble. Thanks for putting even a lil bit of money towards folks who need the legal help at this time.

PS. I know I promised y’all uncensored Stripcabana pics. You’ll get those next week. <3