How Big I Could Be 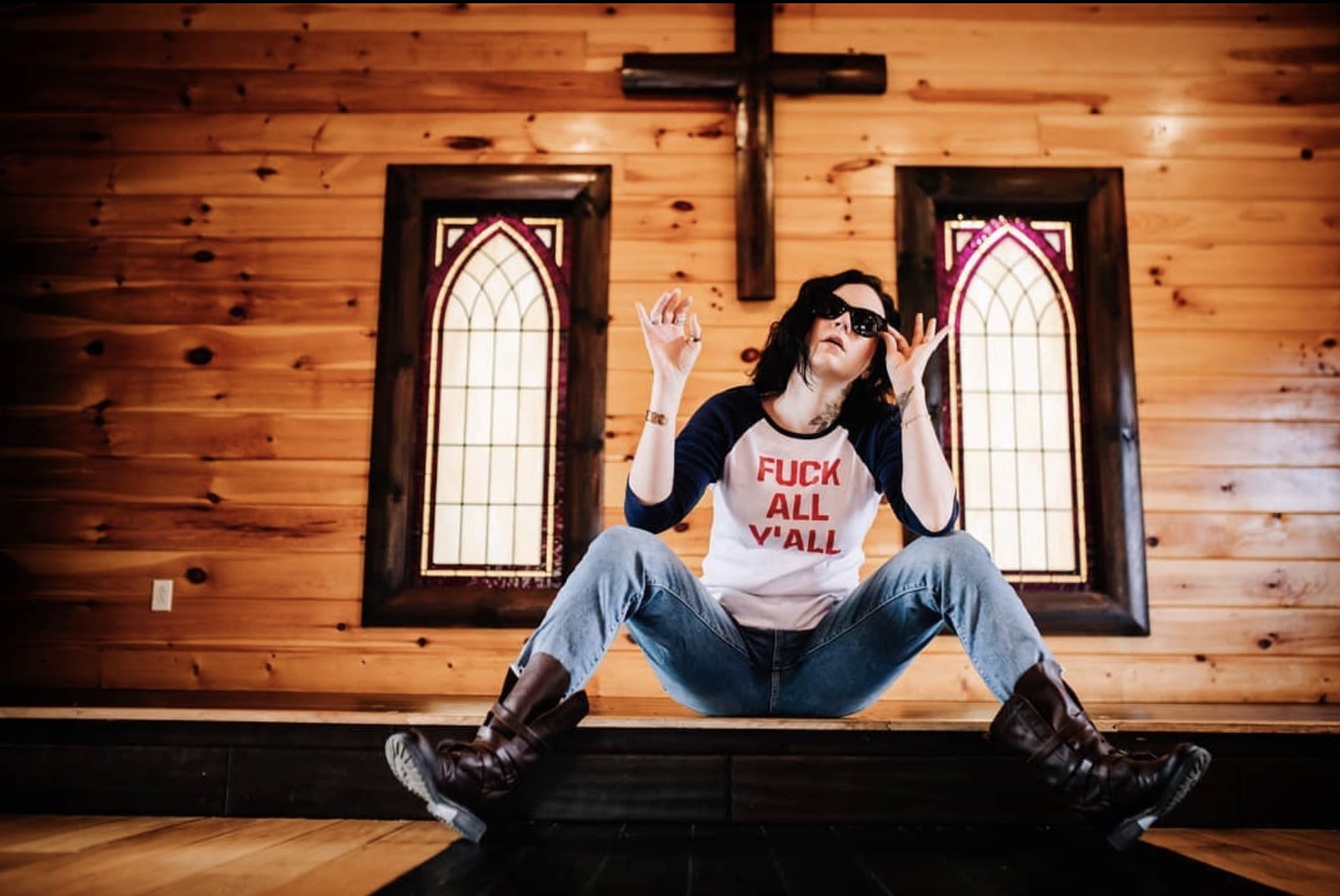 Imagery of the female body that services the desires of men or lines the pockets of large corporations faces no censorship–Hooters restaurants are alive and well, and Victoria’s Secret lacks nothing in cleavage shots.

We do, however, censor imagery of the female body when that imagery is created with the gaze and benefit of women in mind.

Our culture insists that women’s bodies are objects to be used and controlled beyond our will. Our culture punishes women for using their bodies in ways that subvert this narrative.

Could a strip club post a billboard with my scantily-clad body on the interstate without censor? Absolutely. Could I post that same image on my own Instagram without getting punished? Absolutely not.

My name is Dr. Lindsay Byron. I am a former English professor, lifelong stripper, and thirty-eight-year-old wife and mom living in Atlanta, Georgia. I currently own and run Stripcraft, a business in which I facilitate women’s sensual expression in an environment full of love and free of shame. 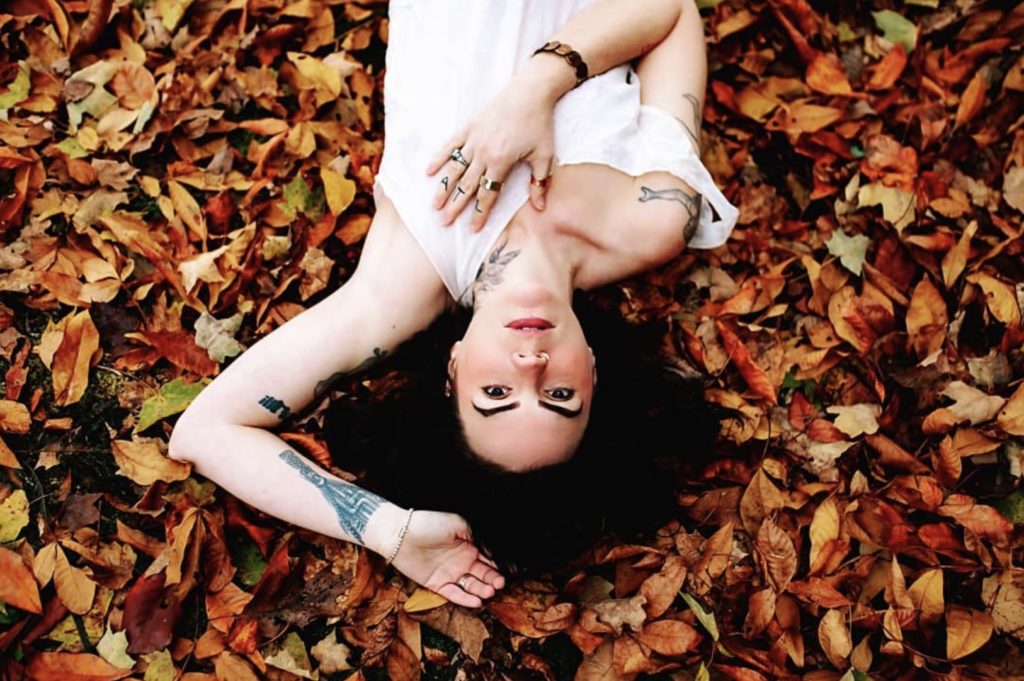 Social media provided the platform upon which I built my career. My online popularity first sparked in 2015, when a few viral quotes and videos made their rounds on Buzzfeed, Bustle, and Reddit, and of course all the social platforms as well. From there, my following grew large enough to support a career–first, preaching feminist sensuality around the globe, to now, hosting retreats for women worldwide. At these retreats, women explore their sensuality through movement, lap dances, and tear-jerking heart-to-hearts–within an all-woman community of support and celebration.

I do this work to counteract a cultural narrative that reminds women daily, in a million ways large and small: we are profane, a problem, our existence “against community standards.”

The majority of my clientele engage me via Instagram. Tens of thousands of women have found me on that platform, and daily they send me messages of gratitude for the impact I’ve had on their lives. My Instagram page consists of my original art: photos, videos, music, and writing that celebrates femininity with the female gaze in mind. My assumed audience consists of women. I am writing, producing this art, for women. In no way do I seek to “sell sex” or break any other laws (although the legality of sex work is a topic for another debate). Indeed, my posts violate no community guidelines whatsoever, since I am painfully aware of each of these guidelines due to the fact that Instagram has for years harassed my account with deleted posts and threats of total account destruction due to my apparent failure to make “Instagram a safe a welcoming place for its users.” In the meantime, I’m steady giving love and advice and inspiration to women worldwide.

Once, on Instagram’s sister site Facebook, a man told me publicly that I ought to be “stalked and raped.” I reported this, and Facebook quickly informed me that his words did not violate community standards. This represents merely one of many such instances that misogynistic abuse against me and other women has been officially sanctioned.

However, a photo of my entirely black silhouette does violate community standards, and once had me banned from Facebook for two weeks. 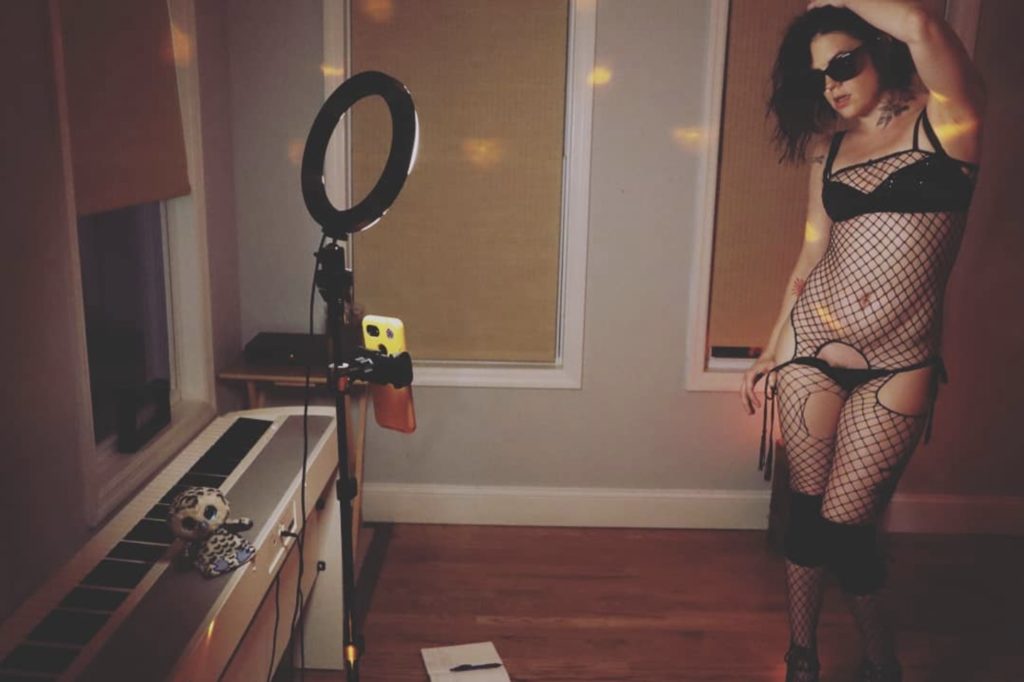 I know in my heart that the work I produce on social media serves a beautiful purpose. My art makes women think, and laugh, and not feel so damned alone, not feel like the abomination that the world’s sexist dress codes and deleted posts and virginity tests would have us believe.

And yet, when Instagram takes down yet another one of my posts, or threatens to delete my account and disrupt my livelihood, something happens:

Some part of me, some quiet part of me that never died, whispers:

“Well, you wouldn’t be having this problem if you weren’t such a slut.”

“Maybe you shouldn’t post those kinds of photos, after all.”

Recently, Instagram threatened yet again to end my account. The next day, I went through my page and deleted hundreds of posts. Anything that could be halfway construed as sexy–had to go. Some of those posts had touched thousands of people. The writing was beautiful. The art was meaningful. But there might be an outline of a nipple in the half-second between minute fifty-one and minute fifty-two, so the entire work of art’s got to go.

And you see what happened there?

They don’t have to do the work when you’ll do it for them.

And you’ll do it for them when the culture tells you, again and again, that you are profane by mere virtue of existing.

When we are constantly punished, finger-wagged, told we are “against community standards” for sharing woman-centric art–then no number of gender studies degrees, and no amount of personal resolve, can ever fully silence that age-old indoctrination that we women ought to just shut up and go away.

My work directly counters this misogynistic message that underlies the censorship, and in an utterly-meta move, Instagram rates this work “against community standards.”

The French philosopher Michel Foucault described power through the metaphor of the panopticon. The panopticon is a prison design that exists even today, in which the building is a circle, with the cells lining the perimeter of the circle and facing a central tower in the middle. Within that tower, a watchman surveys the prisoners. Of course, he cannot see them all at once. However, the knowledge of his presence, the mere spectre of the tower in the center, molds the prisoner into something all the more sinister than the guard himself: the prisoner becomes the guard. The prisoner polices her own behavior. Burdened with the knowledge that the guard could be watching at any time, the prisoner becomes her own jailer.

And this is how power works.

And this is how threats of shadow-banning and account deletion work to silence people online.

I don’t want my account deleted. I worked hard to build this brand. I struggled my whole life. And now, through my art, I have generated a fan base and a stream of income. I own a home. Mama, I made it–thanks in large part to the visibility social media has afforded me. My god, life has been hard, and my god, I made it.

And my god–here comes the guard to take it all away again.

And so, I moderate my behavior. I watch what I post. I delete valuable art. I make myself smaller, less “offensive.” I violate my life’s work in this way. I violate my values. My mission. My people. My heart.

But hey. Somebody’s got to pay the mortgage.

If you ever wonder why women make less money, hold less powerful positions, are generally second-class citizens in America–here’s your answer:

Imagine how big I could be if I didn’t have to be afraid.